ABL Space Systems has completed the first round of demonstrations aimed at showcasing a capability for the military to prepare and launch missions to space within a day.

ABL, AFRL and the service branch’s 2nd Space Launch Squadron and 412th Test Wing collected information on the minimum resources needed to activate GS0 and validated the capability of both airmen and guardians to work on novel deployable systems and liquid rockets.

In the next round of demonstrations, the team will include new elements and operations such as GS0 live deployment and integrated RS1 operations at Vandenberg Space Force Base in California to expand operational realism during tests.

Shawn Phillips, chief of rocket propulsion division at AFRL, said the ABL systems would help warfighters access and control the space domain through orbital launches from any location at any time. 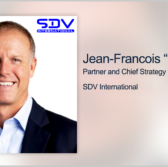