Amazon‘s cloud business has launched to the general public a tool designed to help users monitor and enhance industrial operations by enabling them to make a digital replica of real-world equipment, facilities, production lines and other assets.

Amazon Web Services said Thursday the AWS Internet of Things TwinMaker service is now available in the U.S. East and West regions as well as in Singapore, Australia, Germany and Ireland. The company also plans to cover more regions in the future.

The service uses IoT, video and enterprise data from different sources to produce a virtual model that replicates the status of real-world environments and to visualize systems and operations in three dimensions for plant operators, maintenance engineers and other end users.

Amazon plans on releasing AWS IoT TwinMaker to more regions in the future. 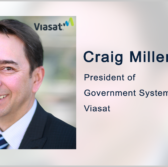