A Department of Defense office has cleared the final step in an environmental impact study process to push forward a program aimed at developing a mobile microreactor for generating advanced nuclear power to meet growing energy requirements.

The Strategic Capabilities Office published a Record of Decision for Project Pele and will begin construction and testing of the nuclear microreactor at Idaho National Laboratory once it selected an engineering design from those proposed by a BWX Technologies subsidiary and X-energy, DOD said Wednesday.

Envisioned as the first U.S.-built, electricity-generating Generation IV nuclear reactor, the transportable technology will be developed to provide 1 to 5 megawatts over a minimum of three years of full power operation. INL will host the reactor’s assembly and demonstration activities as well as its eventual operation.

“For it to be adopted, it must first be successfully demonstrated under real world operating conditions,” said Jeff Waksman, Project Pele program manager.

SCO release the ROD following its analysis of a Final Environmental Impact Statement to comply with the National Environmental Policy Act. In March 2020, the office launched a two-year competition for the microreactor’s design. The winner will be announced in Spring this year. 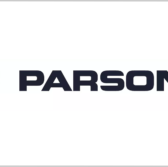