A heavy-lift helicopter that Lockheed Martin‘s Sikorsky subsidiary designed and built for the U.S. Marine Corps has entered the initial operational capability phase.

The service branch issued its IOC declaration for the CH-53K program after the manufacturer and the Department of the Navy completed initial test and evaluation procedures, Lockheed said Monday.

Sikorsky previously demonstrated the performance of its heavy-lift military helicopter in different mission scenarios, such as environments with extreme temperatures, and has recorded more than 3,000 flight hours for the aircraft to date.

The CH-53K builder holds contracts to build 46 units for domestic and foreign military sales customers and is currently manufacturing seven at a factory located in Stratford, Connecticut.

Lockheed expects the service branch to hand down a full-rate production decision on the program sometime in 2023.

The company said USMC plans to buy as many as 200 CH-53Ks under the service branch’s “Approved Acquisition Objective.” 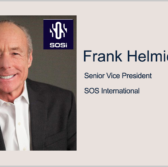