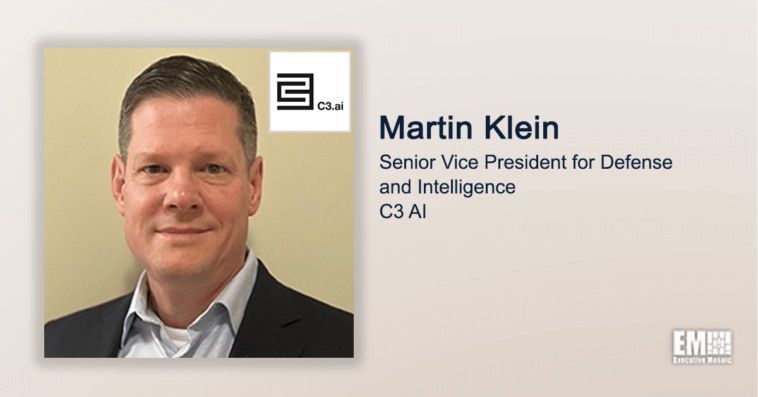 C3 AI has appointed Martin Klein, a major general in the U.S. Army Reserve and former chief operating officer at the Department of Defense’s Joint Artificial Intelligence Center, to lead its defense and intelligence-facing unit as senior vice president.

Klein is expected to build on his combined private sector, government and military experience in his new role as C3’s liaison to U.S. defense and intelligence agencies, the artificial intelligence software company said Wednesday.

As a U.S. military veteran, Klein held titles such as commanding general of the 75th innovation command, a division for Army-centered industrial discovery, and director of the Army G-3/5/7, where he spearheaded strategic operations targeting cyber, electronic warfare, information operations and space, among others subject areas.

Klein was also commanding general of the deployment support command in Birmingham, Alabama, and executive officer to the chief of Army Reserve, as well as deputy commander for operations for the military surface deployment and distribution command at Illinois’ Scott Air Force Base.

In the private sector, Klein spent over four years with information technology consulting company ECS, where he began as a program manager, transitioned to director and exited in 2021 as vice president. His specialties include logistics management and operational planning.

According to Ed Cardon, former commander of Army Cyber Command and chairman of C3 AI federal systems, Klein’s addition to the company is at a critical time for the defense community’s embrace of AI services and a period of growth for C3’s public sector business.

Klein likewise identifies this crucial juncture point and remarked, “I can’t think of a better software platform, or company, to accelerate our nation’s security transformation into the digital era.” 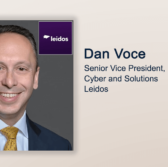 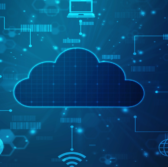