Roy Azevedo, president of Raytheon Technologies‘ intelligence and space business, and four other executives and officials were tapped to join the board of directors of Space Foundation.

It also re-elected Lauren Smith, program manager for satellite servicing at Northrop Grumman, as a new-generation representative on the board.

Space Foundation will introduce the new members to the board during a November meeting in Washington, D.C. 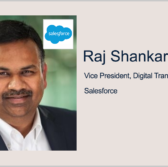 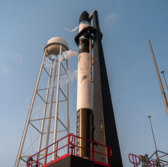