Lockheed Martin has tapped Aerojet Rocketdyne to provide its missiles and fire control business with a second stage booster that will be used to power a hypersonic weapon system being developed for the Defense Advanced Research Projects Agency.

Under the Phase III of the OpFires program, Lockheed Martin Missiles and Fire Control is collaborating with Leidos‘ Dynetics subsidiary, Northrop Grumman, Electronic Concepts & Engineering and now Aerojet Rocketdyne to integrate the missile.

Aerojet Rocketdyne completed a series of full-scale advanced rocket motor tests in the second phase of the program to showcase the technology’s thrust termination ability. 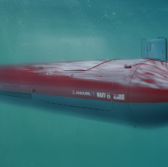