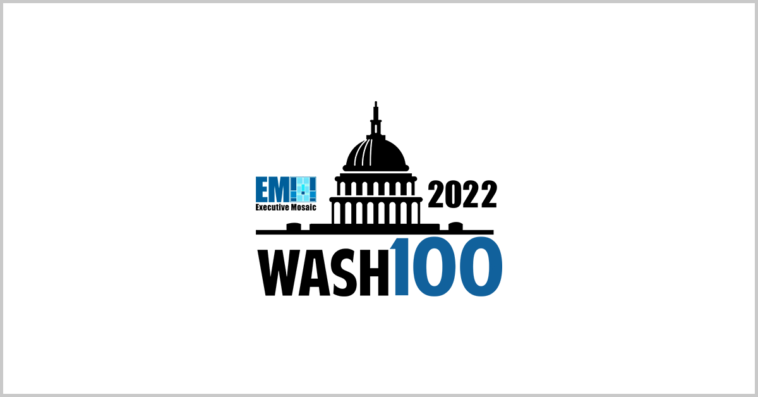 Executive Mosaic is pleased to announce that Lauren Knausenberger, chief information officer of the Department of the Air Force, has topped the Wash100 Award Popular Vote Standings for the 2022 season that saw one of the most active participation from the government contracting sector in the nine-year history of the award.

Following several months of anticipation, nearly 30,000 votes were cast to show support to the most notable executives and officials who demonstrated leadership and staying influence in the GovCon arena. Knausenberger secured the first place on the list after retaining her lead against Amy Gilliland, president of General Dynamics’ information technology business, and Clara Conti, vice president and general manager of Red Hat’s public sector arm.

“Federal service is hard and it takes a lot of luck and perseverance to get things done,” said Knausenberger, a two-time Wash100 Award recipient. “It’s incredibly rewarding, nothing else comes close, so let’s keep all of these warfighters and civil servants fueled with knowledge of their amazing impact!”

Knausenberger’s 2022 Wash100 Award was presented in recognition of her leadership in information technology optimization and reform across the Air Force and support of the Joint All-Domain Command and Control goals of the Department of Defense.

Joining Knausenberger, Gilliland and Conti on the top 5 are Lt. Gen. Robert Skinner, director of the Defense Information Systems Agency, and Lloyd Austin, secretary of the Department of Defense. Here are the rest of the top 10 most popular GovCon leaders:

Executive Mosaic congratulates the winners of the 2022 Wash100 Award and thanks the GovCon community members and federal landscape players who joined this year’s voting season to show their support. The annual Wash100 Award will continue recognizing the leaders of the government contracting arena.

Visit Wash100.com to read the exclusive profiles of the 2022 Wash100 awardees and to learn more about the history of the award and its previous recipients. 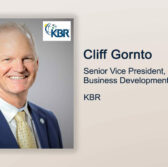