The initial operational capability for the system is slated to wrap up later this year while a full-rate production is expected by early 2023. 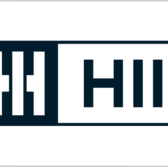