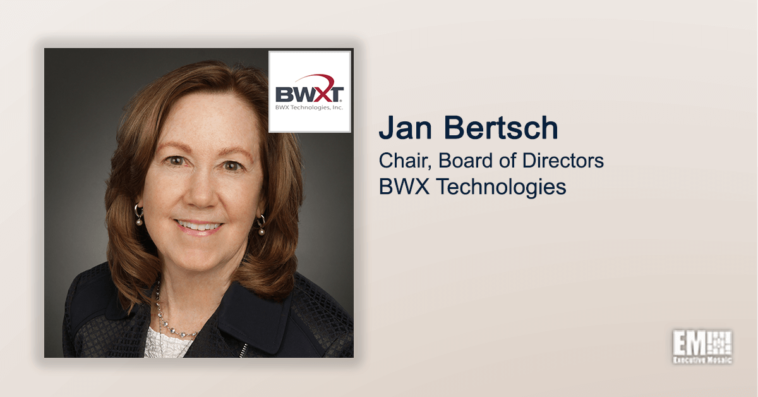 Jan Bertsch, a financial executive with over four decades of industry experience, has been named chair of the board of directors of BWX Technologies, where she has served as independent director since 2013.

Bertsch’s taking over of the responsibilities of John Fees, who announced his retirement, is effective immediately and she will build on her work advising BWXT’s board over the last nine years, the Lynchburg, Virginia-based defense manufacturing company said Tuesday.

According to Rex Geveden, CEO and president of BWXT, Bertsch’s time with the board reaches back to before the company’s 2015 transformational spinoff of its power generation business. Since joining the board, Bertsch has acted on its compensation committee and chaired its audit and finance committee.

“[Bertsch’s] deep engagement on our board makes her an ideal fit for this new role,” Geveden added.

The newly appointed board chair’s career history includes her role as chief financial officer and senior vice president at glass company Owens-Illinois, and as executive vice president and CFO at chemical and biotechnology company Sigma-Aldrich.

Bertsch’s experience additionally extends to the automotive industry, wherein she ascended the ranks in senior-level positions at BorgWarner, Chrysler, Visteon and Ford.

No stranger to board of directors roles, Bertsch currently works in a board capacity at electric motor company Regal Rexnord and automobile parts manufacturer Meritor. 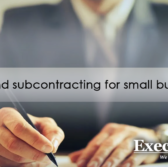 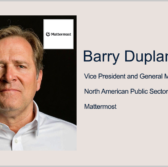