In-Q-Tel, the intelligence community’s venture capital arm, has made an investment in Sandbox AQ to help the latter build encryption software that could resist the possibility of being decrypted by quantum computers and sensors, Bloomberg reported Monday.

Paladin Capital also participated in the first fundraising round of Sandbox AQ.

Established in 2016, Sandbox AQ is a spinoff from Google and an enterprise software-as-a-service company that seeks to address challenges impacting society with artificial intelligence and quantum technology. 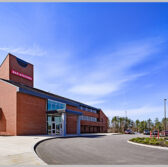