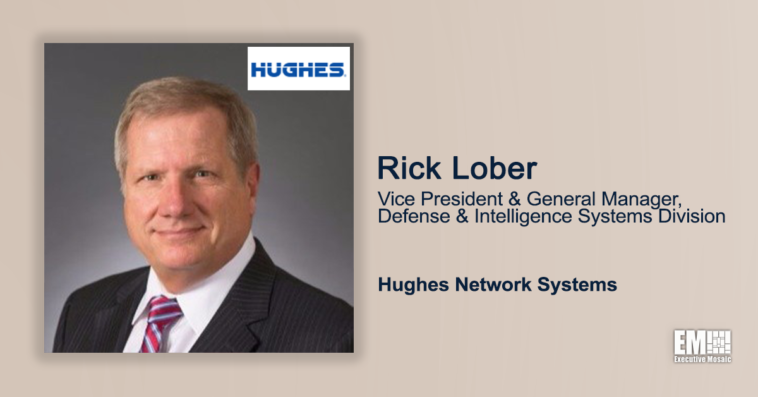 Rick Lober, vice president and general manager of Hughes Defense, recently spoke with ExecutiveBiz regarding the most critical capabilities that are being developed for U.S. military branches as warfighters continue to adapt to the proper training requirements to adapt to the latest emerging technologies.

In addition, Rick Lober also discussed how recent partnerships have helped Hughes Defense to expand its position in the highly competitive federal landscape as well as how the influence of recent digital transformation efforts are driving innovation for Hughes’ people and customers during the latest Executive Spotlight interview.

“Hughes has deep roots in innovative satellite technology. We’ve been leading the space for more than 50 years now. In addition to satellite communications, we are very focused on multi-transport capabilities including terrestrial and wireless networking with 5G becoming a critical element that brings speed and security to government and commercial users.

What really sets Hughes apart is the network management experience that our company has perfected over the last 30 years. Culturally, Hughes strives to do what we feel is right for our customers and we’re very well set up to help drive the DoD to resilient systems that utilize commercial technologies over the next decade.”

You can read the full interview with Rick Lober below:

ExecutiveBiz: With the influence of emerging technologies impacting every aspect of business how has your company been able to drive digital transformation efforts to stay ahead of innovation in the federal landscape for yourself and your customers?

Rick Lober: “There’s a tremendous amount of innovation occurring across our sector right now, especially as many new technologies are coming into play. Our customers want us to help bring 5G and LEO constellations into the federal marketplace.

One of the key advantages that Hughes has to offer is our long history in network management and systems integration. We manage multiple satellite networks and multiple terrestrial networks in a way that makes everything look like one seamless network.  That area has been a significant challenge for the Department of Defense (DoD). We see a lot of opportunities to help the DoD improve their network management capabilities.

For example, we’re looking at multi-orbit constellations in GEO, MEO, LEO, LTE instead of just working with GEO networks. Hughes has been able to combine these into a single network that is managed by one network management system and uses critical technologies such as software defined networking.

Now that we have that established, we can actually route communications on a packet-by-packet basis over LEO, GEO, or 5G transport paths. That’s a real strength that Hughes has built over the years, including the addition of artificial intelligence and machine learning techniques to help make many of the decisions regarding the best path to meet each government requirement.

All of this results in the federal customer base, and particularly the DoD, having a much more resilient network that’s not just dependent on one communications path. You can rely on many. If one goes down, you have a backup, or they can even be shared. There’s a lot of value in those capabilities that Hughes can add as an overall system integrator in the commercial and DoD marketplace.

From the military side of digital transformation, we believe that JADC2 still needs a bit of definition. It’s still a concept more than something that’s established. I think much of the government contracting community would agree.

It’s a great goal and concept, but it would be a lot easier to implement if it was building a new system rather than needing to take existing systems and pull them together. It is going to continue to be quite the challenge. It’s achievable, but it will take a lot of interaction between the major DoD contractors and the federal government to make it a reality.”

ExecutiveBiz: How have recent partnerships been able to assist your company expand its position in the federal marketplace, drive innovation and new capabilities and ultimately help complete your company’s mission?

Rick Lober: “One of the most important aspects of everything we do, whether it’s LEO networks, 5G or artificial intelligence, is the ability to tie those together. That’s what Hughes does so well. First and foremost, we are a networking company. We’ve been working with flexible network management systems and software defined networking for more than 30 years.

Hughes has a great partnership and subcontractor-prime contract relationship with Boeing. We’re a true teammate to them for the Protected Tactical Enterprise System. This is the Space Force’s next generation anti-jam satellite communication system. Boeing is doing all the ground segments for that system and Hughes is working with them in the network management arena.

That program has been going very well and is important especially given the events we’re seeing in Ukraine and in the jamming of commercial technologies. We highly value that partnership.

In that area, we have a great partnership with OneWeb. We’re engineering and manufacturing the OneWeb gateways as well as the core modem module for their LEO broadband system. We recently introduced a new electronically steered antenna (ESA) for the OneWeb system and announced that GoGo is our first customer to use the ESA for business aviation.

In the 5G arena as well, Hughes has strong partnerships. We recently won one of the DoD experimentation and prototyping awards to demonstrate 5G capabilities. Along with several ecosystem partners, we will be outfitting the Whidbey Island Naval Air Station with a secure, cloud-based, stand-alone 5G network.

That program is going very well, and we’re excited about really moving into 5G in a much bigger way with the Department of Defense in private, secure networks.“

ExecutiveBiz: What do you believe are the most significant capabilities that are being developed for the Army, Navy, etc. to ensure our warfighters have received proper training with the latest emerging technologies and tools they need to protect themselves and our national security?

Rick Lober: “I believe that the first thing we need to do is simplify the tactical systems that are fielded. Digital transformation has moved forward over the last ten to 15 years, and many of the communication systems have become highly complex.

As an example, in some instances, it can take as long as 24 to 48 hours to configure a communications system on the battlefield. That’s simply not going to be acceptable; we need to help our warfighters be agile and nimble for tactical missions.

This is another instance of network management being extremely important in being able to configure and quickly manage an entire network in a simple manner. Our nation can’t rely on “in the field contractor support” to operate these networks during a conflict. I believe that’s a needed focus area for the Department of Defense to help simplify implementation and training as much as possible.

Luckily, a lot of people coming into DoD are razor sharp about using these digital technologies and can pick up network configuration quickly. However, the act of having to configure networks or routers can still be quite complex and needs to be simplified as we all move forward.

While JADC2 is meant to take care of integrating and simplifying these networks and sensors, you have to question how it will all play together if each service is going to develop their own capabilities – i.e., the Air Force’s ABMS, the Navy’s Project Overmatch, and the Army’s Project Convergence.

Those types of larger projects will need to be watched over time as other technologies come into play, like AI which may help resolve some of these stove piped system challenges.

Regarding AI, I think artificial intelligence can be misunderstood. You’re not totally taking the human out of the loop. In fact, you can start with rules-based engines or rules-based software that features an ‘if-then’ approach.

That’s simple logic that can then be enhanced with actual data to move to machine learning.  The more data available, the better, because you have more information to work with to inform those big decisions. Then the ultimate AI capability might be recommending which communication path to take based on the data, but humans are still very much in the loop.”

These are some of the capabilities that will help the DoD maintain its leadership and superiority for mission success.” 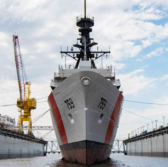 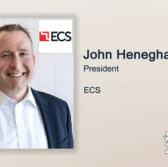