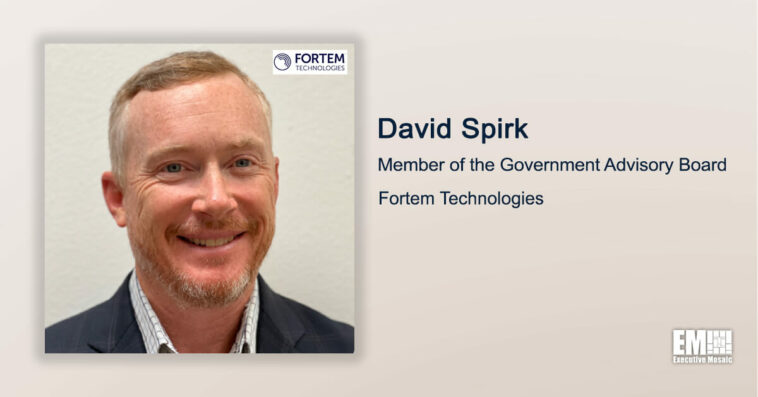 David Spirk, former chief data officer at the Defense Department and a previous Wash100 Award winner, has been appointed to the government advisory board of counter-drone technology maker Fortem Technologies.

“I’m thrilled to be a part of a team that has an industry leading understanding of the opportunity of turning the data they are generating into decision advantages for operators and analysts at the tactical, operational and strategic level,” he noted.

He previously held the CDO role at U.S. Special Operations Command and served as associate director of technology investment within the U.S. Air Force’s Concept Development and Management Office.