A Leonardo DRS subsidiary has secured a potential $90.5 million contract from the U.S. Navy to provide the service branch and other allies with launch control units and associated components for the MK 41 Vertical Launch System.

Laurel Technologies Partnership will produce LCU MK 235 Mod 17 and Mod 18 for delivery to the Navy and the militaries of Spain, Australia, South Korea, Finland and Germany under an initial $12 million fixed-price contract, the Department of Defense said Friday.

LCUs are designed to enable selection of prelaunch and launch commands and their issuance to selected missiles in the shipborne missile canister launching system.

The contractor will perform work at its Johnstown, Pennsylvania location through July 2023. Production can continue until May 2027 if all contract options are exercised.

Sixty percent or approximately $7.2 million of the initial contract amount will be obligated to Laurel Technologies Partnership using fiscal 2022 Foreign Military Sales funds at the time of award.

The Naval Surface Warfare Center Port Hueneme Division received two offers for the contract, which was competitively procured via SAM.gov. 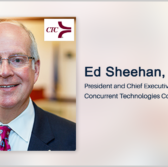