Seakr Engineering-made Mandrake 2 satellites were able to send more than 280 gigabits of data over a 40-minute period and at a distance of 114 km, Raytheon’s intelligence and space business said Wednesday.

For the on-orbit networked system demo, the Able and Baker satellites were equipped with SA Photonics-developed optical links for advanced laser communications.

“This was a demonstration not only of optical communications in space but also a closer look at some of the foundational building blocks needed for a networked space architecture,” said Jeff Schrader, president of Seakr Engineering and Blue Canyon Technologies.

Prime contractor Seakr is Mandrake 2’s lead system integrator. The subsidiary delivered both satellites for launch in 2021 after conducting repairs on damage caused by a pre-launch incident. 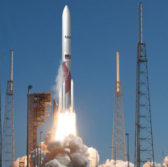 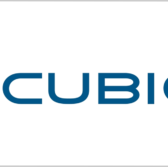