The Assured Positioning, Navigation and Timing/Space CFT was able to demonstrate the Zephyr drone‘s ability to carry commercial, off-the-shelf payload while flying at a high altitude via satellite communication controls for over a month now, the Army said Thursday.

Michael Monteleone, director of the APNT/Space CFT, shared that the ongoing experimentation will provide them with insights into payload demonstration, stratospheric military operations and communications modernization.

“Ultra-long endurance unmanned platforms have the potential to provide significant military capabilities and enhanced confidence as part of the Army’s diversified multi-layered architecture,” he said.

The Army is working with the Intelligence, Surveillance and Reconnaissance task force, Program Executive Office – Aviation, multiple combatant commands and T2S Solutions, which serves as the experiment integrator.

Zephyr will be flight tested again in the coming weeks to demonstrate a prototype payload developed by the Army Futures Command. 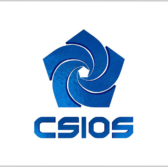 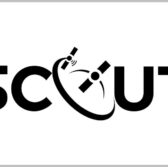