The Department of Energy has partnered with Raytheon Technologies to carry out two projects aimed at demonstrating the effectiveness of two possible alternative fuel sources for power-generating turbine systems.

Raytheon said Tuesday it will test if hydrogen products and mixtures can help the Mitsubishi Power Aero-made gas turbine FT4000 operate and will collaborate with the University of Connecticut’s School of Engineering to explore zero-carbon fuel technology for rotary mechanical devices. 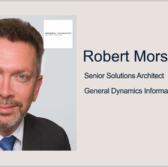 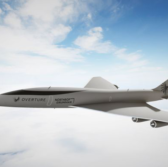