NATO has set up an approximately $1 billion venture capital fund to support early-stage companies in the development of dual-use emerging technologies over a 15-year allocation period.

NATO Secretary General Jens Stoltenberg and leaders from 22 allied countries led the launching of the fund, which was also meant to supplement the Defense Innovation Accelerator for the North Atlantic.

The DIANA initiative was launched in April in an effort to harness the best of new technology to enhance transatlantic security through coordination with the private sector, academe and allies.

“With a 15-year timeframe, the NATO Innovation Fund will help bring to life those nascent technologies that have the power to transform our security in the decades to come, strengthening the Alliance’s innovation ecosystem and bolstering the security of our one billion citizens,” Stoltenberg said. 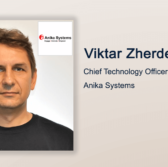