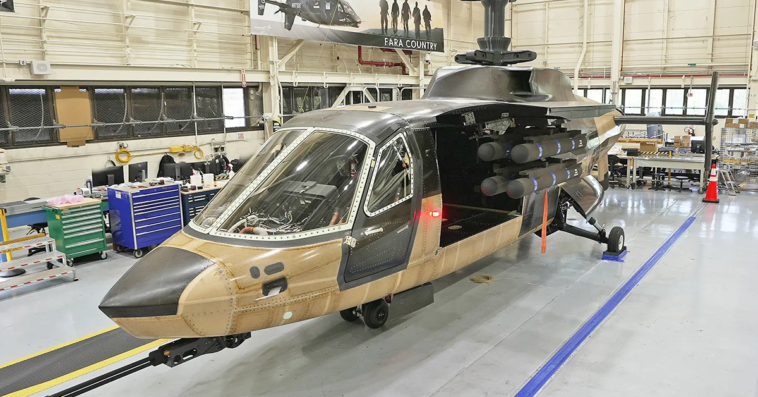 “Our acceptance test procedures are more than 50 percent complete,” said Macklin, who added that the company and the Army are working closely on the whole build.

Sikorsky’s offering is a coaxial helicopter based on its S-97 Raider attack helicopter and X2 technology.

“The majority of the subsystems are installed on the aircraft and undergoing functionality testing,” said Pete Germanowski, Sikorsky’s chief FARA engineer. “A second fuselage is being built at a separate Sikorsky facility on Long Island, New York. That airframe should be loaded into a test frame in July and will undergo structural load testing.”

Germanowski noted that the company will use the collected testing data to assess whether to approve Raider X for flight.

In March 2020, the Army selected Sikorsky and Textron’s Bell subsidiary to complete air vehicle detailed design, construction and testing efforts under the second phase of the FARA competition.

The service will evaluate Raider X and Bell’s 360 Invictus rotorcraft prototype at a series of flight tests slated to occur in the fall of 2023.