The company said Monday it will continue to sell the Beechcraft AT-6E Wolverine platform to the global defense market via either a direct commercial transaction or a foreign military sales process approved by the U.S. government.

“Achieving Military Type Certification for the AT-6E is the culmination of a multi-year process and a significant accomplishment for our team, opening the door for allies around the world to welcome the AT-6 into their fleets,” said Thomas Hammoor, president and CEO of the defense subsidiary at Textron’s aviation segment.

USAF became the first military buyer of the system through a $70.2 million other transaction agreement awarded to the company in March 2020 for aircraft production, pilot training, engineering and maintenance services.

The branch accepted in February 2021 the first of two AT-6Es it ordered through the contract. 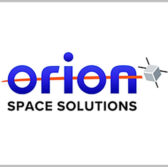