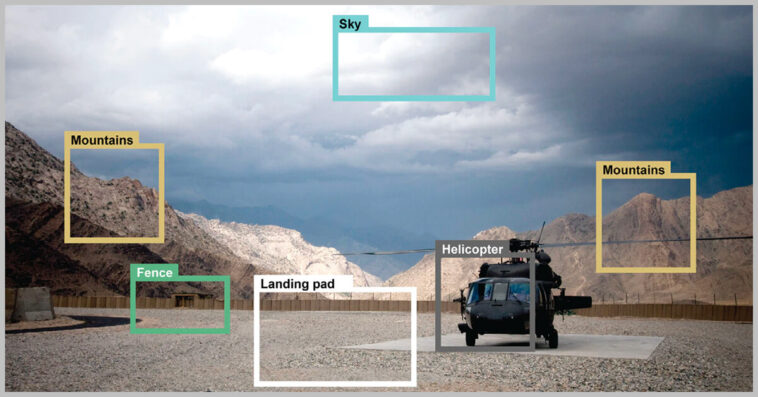 Over the past several years, the amount of data flowing into the U.S. government has skyrocketed; now, federal officials are looking toward artificial intelligence to help process and glean insights from an exponentially increasing influx of data.

“Historically, the way that we thought about engaging in data, especially from the business sector, is you’ve got a data lake and we’re basically fishing for insights in the data,” analogized Dr. Jonathan Odom, program manager in the Adaptive Capabilities Office at the Defense Advanced Research Projects Agency, during a panel discussion at a recent ExecutiveBiz event.

“In today’s world, the sense of urgency that we have is someone has opened the floodgates, the dam to the lake, and now we’ve got a large velocity of data. The big problem we were working on initially was volume, and now we’ve got to deal with that volume of data at a high velocity,” explained Dr. Odom.

Though AI and automation technologies can help deal with troves of data at high velocities, these tools are not turnkey solutions, and they’re not without risk.

“AI has been used in a lot of places in the finance sector or business sector, where the impact might be profits, credit scores, things like that. But in the military battle space, lives are at risk,” Dr. Odom warned.

To understand how data and AI can help us win wars, Dr. Timothy Grayson, special assistant to the secretary of the Air Force, said we need to better understand the entire chain of decision points and take a closer look at how we’re managing automation tools at each point.

The overarching principle in the Department of the Air Force is that high-level objectives inform the targets the service has. But on a deeper level, those targets then need to be paired with weapons, the resources of those weapons need to be managed and priorities need to be determined — and those are just a few points in an intricate network of decisions.

“I think when we look at highly automated systems and networks associated with these systems-of-systems architectures, everything I describe are the types of decisions and use of data that the human operators ultimately need,” he shared. “I think there’s going to be an additional set of tools and functions associated with the management of data itself.”

For example, Dr. Grayson said that if hypothetically, an Aegis destroyer received a call for help, the only thing its operators would need to know is if the destroyer is available to shoot the required targets. “But its computers might need to know a heck of a lot more about depth of magazine, and other existing tasks and some of the details of the weapon dynamics and engagement networks,” he explained.

Off the battlefield, defense leaders argue that more preparation and realistic exercise environments are needed in order to ensure that warfighters are trained and ready to use AI and automation tools.

“We need environments where everyone can work together to try things out, do experimentation,” said Dr. Odom, who revealed that in a recent meeting with several major prime contractors, they all rejected the idea of bringing in an integrator for a project and instead favored an environment in which they could work together to solve some of the major problems.

Frederick Stanley, coalition operations and integration branch chief for Joint Staff J6, concurred that industry partners are vital to military forces, and “bringing them in at the ground floor is important.”

Ultimately, earlier partnerships will help to get technologies and capabilities into the hands of our warfighters much faster, Stanley added.

Jonathan Broadbent, chief solutions architect for AI and autonomy at MITRE, emphasized the need for conducting active red teaming, which refers to an exercise in which a group within an organization plays the role of an adversary in order to highlight vulnerabilities and better protect against potential threats.

Broadbent urged that we need to be “actively identifying where those risks might be and then encoding those in the validation and verification that really needs to be ongoing in the system to make sure it’s continuing to perform the way we need it to.”

Join ExecutiveBiz Events for its Sensors for Defense Forum on Sept. 13 to learn more about the role sensors play in the military’s push for data centricity.

Lt. Gen. Leah Lauderback, deputy chief of staff for intelligence, surveillance, reconnaissance and cyber effects operations at the Department of the Air Force, is scheduled to keynote. Register here. 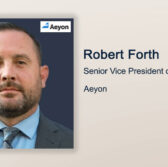 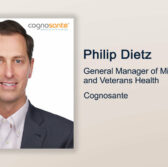