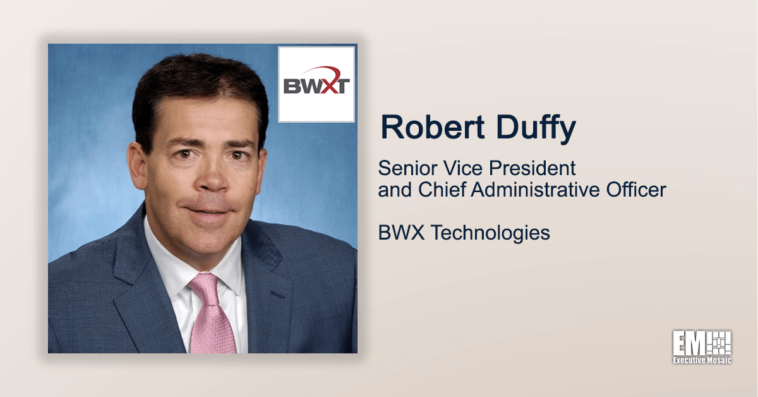 Beginning Aug. 29, Duffy will be expected to leverage his experience in business administration and human resources to lead the HR function at BWXT as well as oversee various other corporate initiatives, the Lynchburg, Virginia-based organization said Monday.

Rex Geveden, president and CEO of BWXT, considers Duffy a valuable addition to the company’s senior leadership roster. He indicated that the new appointee’s considerable, wide-reaching expertise matches both current BWXT investment areas and future nuclear markets it intends to break into.

The executive honed these skills during a 14-year stint at United Technologies, where he ascended through the ranks in HR roles at the company’s various business units, such as Sikorsky Aircraft, UTC Fire & Security, Carrier Corporation, Hamilton Sundstrand and Pratt & Whitney.

Prior to coming to BWXT, Duffy was SVP and chief human resources and administration officer at the former Harris Corporation, presiding over all HR activities while also facilitating supply chain, quality, safety, security and continuous improvement processes.

Duffy is succeeding 43-year BWXT veteran Rick Loving as CAO. Loving plans to actively continue work with the company to ensure that Duffy experiences a smooth and thorough transition.

The appointment of Duffy follows a number of leadership changes for BWXT this year. Sharon Smoot was hired as president of the nuclear operations group in July; Ryan Colvert was named senior director for government relations in May; and Kevin McCoy was appointed to lead the government operations segment as part of a larger reorganization of BWXT’s structure in February. 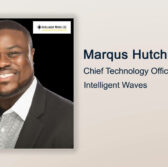