An Air Force Special Operations Command spokeswoman said the flight test of a Lockheed Martin-built laser weapon on the AC-130J Ghostrider aircraft could begin in the summer of 2023, Breaking Defense reported Tuesday.

The publication cited Lt. Col. Rebecca Heyse, director of AFSOC public affairs, as saying the command will use data from the Airborne High Energy Laser demonstration to determine the operational uses of the system.

The company received a contract in early 2019 to demonstrate 60-watt laser technology on AFSOC’s gunship and completed the factory acceptance testing phase in October 2021.

U.S. Special Operations Command’s fiscal 2023 budget request includes $16 million for AC-130J laser integration work, an approximately $4 million increase from the fiscal 2022 funds allocated for the effort, according to the report. 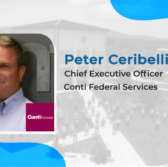