F-15E will become the branch’s second fighter platform to undergo GPS system modernization with the receiver that uses 16 steered beams to process signals. 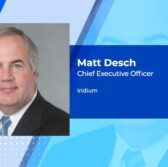 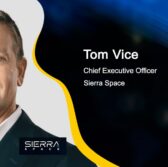