The Defense Innovation Unit and Air Force Special Operations Command have selected two companies to develop prototypes of a process for the Department of Defense to assess and evaluate commercial technology offerings.

Second Front Systems and Dark Wolf Solutions were downselected to participate in the Proving Grounds pathfinder effort after a group of DOD reviewed 50 responses through a competitive solicitation, DIU said Friday.

“The goal of Proving Grounds will be to bridge this paradox of meeting government standards and shortening the chain from requirement validation to resource integration via business-to-business relationships,” said Air Force Master Sgt. William Thompson.

DIU noted the two companies have previous experience in the Federal Risk and Authorization Management Program and system accreditation processes for government networks.

A separate 2F announcement stated the company received a two-year, prototype other transaction award from the agency and would use a DevSecOps platform to build a testbed proof of concept. 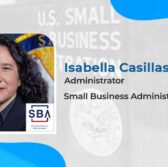