The Federal Communications Commission has approved a new rule for low-Earth orbit satellite operators to carry out spacecraft disposal efforts no more than five years after the end of a mission.

FCC said Thursday the policy applies to space assets that reach the end of life below an altitude of 2,000 kilometers and replaces the decades-long industry practice of deorbiting platforms within 25 years of concluding missions in LEO orbit.

The number of satellites at the end of 2021 reached more than 4,800, with the commercial sector operating most of these objects, the commission noted.

With the adopted rule, the agency expects to increase sector accountability and reduce collision incidents that create orbital debris.

The deorbiting requirement comes nearly two months after FCC launched an inquiry into in-space servicing, assembly and manufacturing practices in a move to address regulatory barriers to ISAM missions. 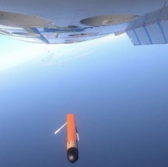