The retired colonel shared the news of his appointment at CGI Federal in a LinkedIn post.

Lara served as program manager for training systems at Marine Corps Systems Command from June 2018 until his retirement from the military five months ago.

His acquisition officer assignments from 2010 to 2017 were deputy PM TRASYS, product manager of anti-armor systems and deputy director of the Amphibious Combat Vehicle.

USMC commissioned Lara in 1995 and subsequently named him a logistics officer for the 1st Landing Support Battalion and 11th Marine Expeditionary Unit.

He also oversaw contracts for the Blount Island Command and led the Body Armor and Load Bearing team under the program manager for infantry combat equipment.

Lara is a recipient of the Bronze Star, the Navy and Marine Corps Commendation Medal and the Combat Action Ribbon, among his other personal decorations. 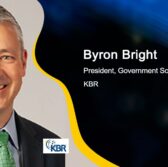 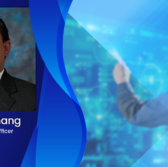