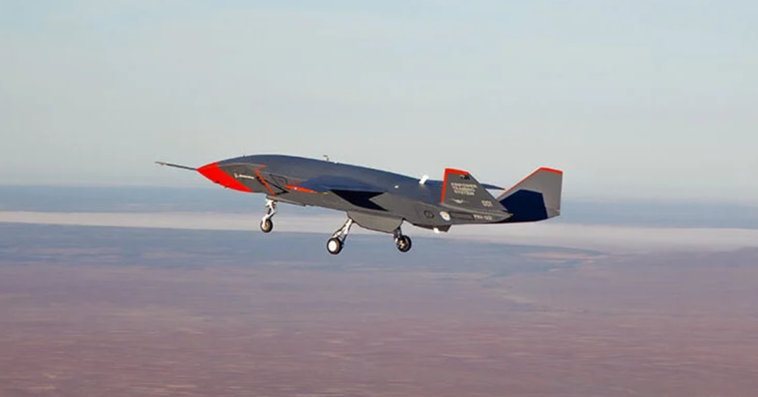 The U.S. Air Force is scheduled to kick off flight experiments with a Boeing-built combat drone, dubbed MQ-28 Ghost Bat, as the service seeks to learn how to operate and integrate unmanned aircraft with its fighter jets, Breaking Defense reported Wednesday.

Ghost Bat, also known as the Airpower Teaming System, was designed and developed by Boeing for the Australian air force. The unmanned platform uses artificial intelligence and comes with sensor packages to support tactical early warning and intelligence, surveillance and reconnaissance missions.

Air Force Secretary Frank Kendall said at a conference in September that Ghost Bat could be used as a potential testbed that could help the service understand how to interface unmanned systems with the fighter wing’s daily operations such as battle management, sustainment and mission planning.

“You’d be integrating these [drones] with existing aircraft in a way which sort of prove out some of the tactics, techniques and procedures, as well as things like maintenance concepts …and organizational structures,” said Kendall, a three-time Wash100 awardee.

Lt. Gen. Clint Hinote, head of Air Force Futures, told the publication in an interview that the military branch is “getting ready to take delivery” of a prototype of the combat drone through the Department of Defense’s research and engineering office.