Subsidiaries of Boeing and Firefly Aerospace have received separate task orders to provide systems and services for a U.S. Space Force mission with the goal of demonstrating rapid payload deployment to low Earth orbit.

The military branch expects the mission, formally called VICTUS NOX, to happen sometime in 2023 as part of space domain awareness efforts. It will mark the second TacRS effort since June of last year.

SSC placed the order to Firefly under the Orbital Services Program-4 indefinite-delivery/indefinite-quantity contract and the command noted that the award is the third to be issued its procurement vehicle for small launch capabilities. 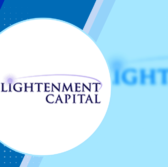