The Department of Energy said the award is meant to ensure that work at the Y-12 National Security Complex and Pantex Plant will carry on while NNSA is soliciting for separate contractors to assume management and operation responsibilities in support of the two sites.

The contract extension is also intended to allow for orderly transition once new service providers are named. The agency will kick off acquisition planning in fiscal year 2023 for Pantex and FY 2024 for Y-12.

The incumbent contractor will perform M&O tasks at Y-12 for up to five years and at Pantex for three years at most.

NNSA announced its decision to hold separate solicitations for the sites in May. It came with the announcement of its cancelation of potential 10-year, $28 billion contract award to a partnership between Amentum and Fluor for site M&O activities. 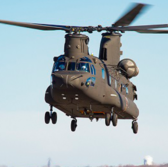