IBM has announced plans to invest $20 billion in the state of New York’s Hudson Valley Region over the next decade to advance discoveries in the field of semiconductors, quantum computers, hybrid cloud and artificial intelligence.

The announcement coincides with the visit of President Joe Biden to IBM’s manufacturing site in Poughkeepsie, New York, the company said Thursday.

“IBM is deeply honored to host President Biden at our Poughkeepsie site today and we look forward to highlighting our commitments to the innovations that advance America’s economy,” said IBM Chairman and CEO Arvind Krishna.

“As we tackle large-scale technological challenges in climate, energy, transportation and more, we must continue to invest in innovation and discovery – because advanced technologies are key to solving these problems and driving economic prosperity, including better jobs, for millions of Americans,” added Krishna.

In August, Biden signed into law the CHIPS and Science Act that will allocate $54.2 billion in funding to support U.S. semiconductor research and development, manufacturing and workforce development to create jobs and secure the domestic chip supply. 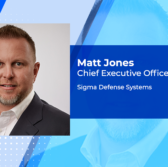 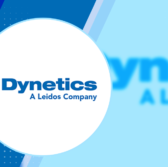