“With the addition of Iridium Certus for the government, these partners will play a critical role in supporting DoD personnel as they utilize this value-added service,” said Scott Scheimreif, executive vice president of government programs at Iridium.

Certus, powered by the Iridium NEXT satellite constellation, allows U.S. government users to connect remote assets with command and control centers in a secure manner. 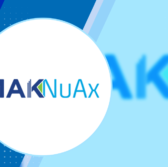