Micron Technology has signed a framework detailing its initial commitments to the community and workforce in New York where its semiconductor fabrication facility will be built using $100 billion in investments over a minimum period of two decades.

The chip manufacturer said Thursday it is teaming up with Empire State Development to manage the Community Investment Fund, which is anticipated to benefit local businesses and create jobs within the central New York location.

The proposed megafab is expected to generate 50,000 jobs in the state, as well as opportunities for small, disadvantaged, women-owned, or minority-owned businesses.

As part of its commitment, Micron pledged $250 million to the $500 million Green CHIPS Community Investment Fund established under the CHIPS legislation. It will create a diverse advisory committee to study the needs of the region and decide on the best areas for investment, including education, infrastructure and housing.

Micron made its announcement in the presence of President Joe Biden, New York Gov. Kathy Hochul and some local, state and federal officials. 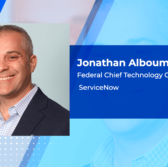 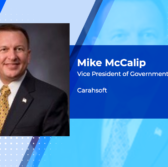