NASA has partnered with SpaceX to conduct a study to determine the feasibility of sending a Crew Dragon spacecraft to boost the Hubble Space Telescope into a higher orbit and extend its life.

SpaceX signed an unfunded Space Act agreement with the agency to collect technical data from both the telescope and the spacecraft to assess the possibility of docking the observatory into a more stable orbit, NASA said Friday.

The space company and the Polaris Program pitched the concept of launching a commercial mission to extend the operations of the Hubble telescope, which has been in service since 1990.

NASA said Hubble’s orbit is currently about 335 miles above Earth and is gradually decreasing over time.

The agency expects the six-month study to open more opportunities for public-private partnerships.

“As our fleet grows, we want to explore a wide range of opportunities to support the most robust, superlative science missions possible,” said Thomas Zurbuchen, associate administrator for the Science Mission Directorate at NASA. 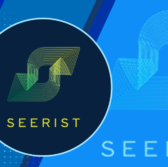 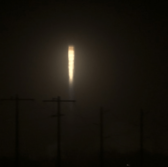