Textron Systems will utilize the Aerosonde UAS equipped with mission payloads to support intelligence, surveillance and reconnaissance work aboard the ESB-5 vessel, the company said Thursday.

The system is also designed to function in expeditionary land-based missions and has logged 585,000 flight hours to date while in service with the U.S. military and international allies.

Work under the ESB-5 contract is slated to begin in fiscal year 2023 and follows an $18.3 million award from NAVAIR to extend Textron’s UAS operations support on ESB-4, formally called USS Hershel “Woody” Williams. Both vessels belong to the service branch’s Lewis B. Puller class. 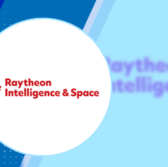