Threat actors linked to Iran, North Korea, China and Russia have launched more digital attacks in the past 12 months compared to previous years to demonstrate power and intimidation not only in their jurisdiction but to international adversaries as well, according to Microsoft’s Digital Defense Report.

Tom Burt, corporate vice president for customer security and trust at Microsoft, wrote in a blog post that cyberattacks against critical infrastructure accounted for 40 percent of all nation-state attacks detected by the company, up from 20 percent in the previous year.

Data was based on security trends observed between July 2021 and June 2022.

The company attributed the increase to Russia’s physical and digital assaults and espionage on Ukraine and its allies, including the U.S. Member states of the North Atlantic Treaty Organization were targeted in 90 percent of Russian attacks in the past year, nearly half of which were IT firms based in those states.

The study also found ransomware, hack-and-leak operations, and other destructive attempts by Iranian actors after their presidential election in 2021. The missions affected Israel, the U.S. and EU.

In North Korea, a threat actor attempted to steal aerospace technology from companies and researchers in different parts of the globe. Another tried to steal funds from cryptocurrency firms to support their economy.

China has been at the top of the U.S. government’s cyberthreat watch list. The digital defense report provided evidence of this aggression, citing China’s ability to find “zero-day” software vulnerabilities. It also employed online espionage and data theft tactics to target countries, from Southeast Asia to Africa and Central America, the report noted. 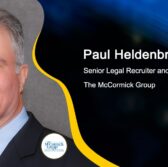