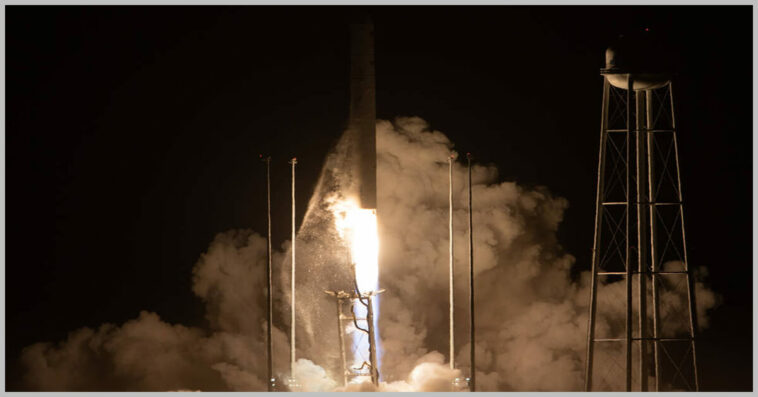 Northrop Grumman kicked off a seventh cargo flight under NASA’s Commercial Resupply Services 2 contract on Monday morning to deliver over 8,200 pounds of science experiments and crew supplies to the International Space Station.

The Cygnus spacecraft, nicknamed ‘S.S. Sally Ride’ after the first American woman to reach space, launched from the agency’s Wallops Flight Facility in Virginia aboard an Antares 230+ rocket and NASA said the mission will support multiple research endeavors under Expedition 68.

Monday’s launch marks the 18th flight of Cygnus to the orbiting laboratory.

Nicole Mann, a NASA astronaut, will operate the space station’s robotic Canadarm2 to capture Cygnus when it arrives early Wednesday while fellow NASA astronaut Josh Cassada will observe telemetry throughout rendezvous, capture and installation on the Unity module’s earth-facing port.

Expedition 68 crew will undertake over 250 studies covering various areas such as space, biology and physical sciences.

During the expedition, the space station’s BioFabrication Facility will conduct further research on human tissue printing with its new capabilities. This research follows the facility’s 2019 success in printing a partial human knee meniscus and numerous human heart cells.

Plant-Habitat-03 will continue its work in studying plant adaptation to the space environment. This includes a deep dive into the process of epigenetic change, the phenomenon of additional information being added to plants’ DNA as they enter space. The laboratory’s scientists aim to further understand the implications of this process in plant growth in space and on earth.

The space station will also continue its research in studying mudflow mixtures in its Post-Wildfire Mudflow Micro-Structure department, which assesses mudflow composition to advance the understanding of how mudflows operate to improve prediction of mudflow spread and velocity and its effects on infrastructure and natural obstructions.

Another research area supported by Cygus’ latest mission is the OVOSPACE project, which investigates the effect of microgravity on bovine cell cultures to analyze the extraterrestrial environment’s impact on fertility. This research also aims to improve fertility treatment on earth and ready humanity for future settlement in space.

The spacecraft’s arrival will also empower the deployment of the first satellites from Uganda and Zimbabwe, along with an additional satellite from Japan under the Joint Global Multi-Nation Birds Project-5, which aims to offer opportunities for those in developing countries to participate in satellite development.

The collaboration includes three CubeSats that will contribute to the mission’s multispectral observations of Earth, using a camera with a high-energy electronic measuring instrument to help separate forest and farmland to illustrate the condition of agricultural growth.

Additionally, the spacecraft will provide a new mounting bracket that will be affixed to the starboard side of the space station’s truss assembly in a spacewalk scheduled for Nov. 15 to allow for the installation of a new pair of solar arrays later in the year.

Research supported by Cygnus’ cargo will enable future Artemis missions to send astronauts to the moon in preparation for future Mars ventures.

The spacecraft to stay at the space station until January, after which it will undergo a destructive reentry into Earth’s atmosphere to dispose of thousands of pounds of garbage.

NASA will provide live coverage of the event on NASA Television, its app and its website. 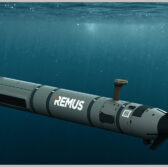 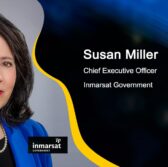