Lockheed Martin and another T1TL contractor ordered lightband separation systems that will work to connect and detach satellites from rockets once the launch vehicles get into orbit, Rocket Lab said Wednesday.

SDA awarded multiple prototype agreements earlier this year to establish the foundation for a planned mesh network of small satellites intended to facilitate U.S. military data transport and connectivity worldwide as a key element of the National Defense Space Architecture. The agency expects to start T1TL spacecraft to be ready for deployment by September 2024.

“Being selected by not one but two companies building spacecraft for the SDA’s Transport Layer is a real vote of confidence in our Lightbands which have delivered 100% mission success for more than 100 separations on orbit,” said Brad Clevenger, vice president of space systems at Rocket Lab.

The aerospace company will supply more than 80 separation systems to the two customers.

Planetary Systems, which Rocket Lab acquired in 2021, designed the hardware. 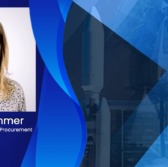