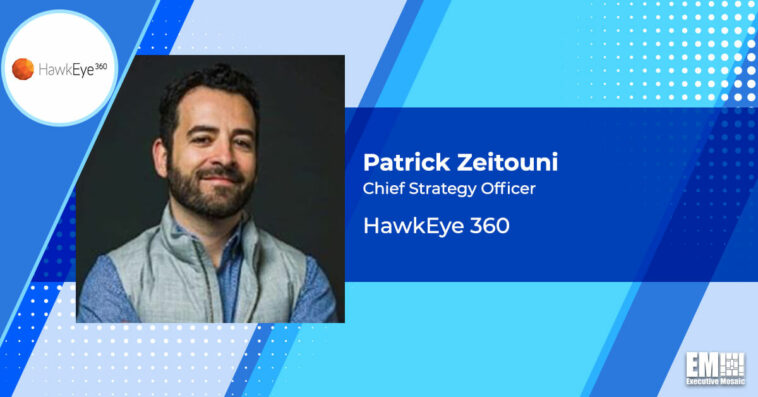 In this role, Zeitouni will direct the organization’s efforts amid the changing space and national security landscape to drive company expansion and product strategy within the growing RF data and analytics market, HawkEye 360 announced from Herndon, Virginia on Wednesday.

“Innovative space technologies such as those deployed by HawkEye 360 have the capacity to revolutionize U.S. national security and the security of our allies, and there is no better person than Patrick to help make this happen,” he said.

Before joining HawkEye 360, Zeitouni headed Blue Origin’s Space Mobility program, during which he established a new business unit dedicated to building a novel spacecraft. The program now employs over 200 engineers.

Also at Blue Origin, Zeitouni guided the company’s Lunar Landing program, secured NASA’s first phase contract for a human landing on the moon and played a role in creating and leading the organization’s Advanced Development Programs.

Zeitouni has additionally served as a partner at McKinsey & Company, where he conducted growth strategy, mergers and acquisitions and product development for multiple sectors centered around aerospace and defense as well as for federal agencies such as the Department of Defense and NASA.

Earlier in his career, he held the role of project manager at Northrop Grumman, where he supervised initiatives regarding military communication, missile defense and human space exploration.

“I have known and respected the HawkEye 360 leadership team for several years, and it is an absolute honor to have the opportunity to join the company,” Zeitouni said.

“HawkEye 360 is defining the future of national security space technology and disrupting the status quo,” he emphasized. 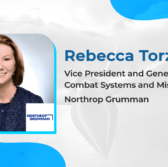 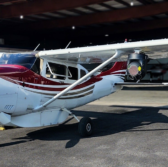