When starting a business, you need to be aware of certain federal regulations to run a company. Otherwise, employers could face lawsuits, fines, or even shut the company down altogether. In addition, small business owners are the most impacted regarding this matter because they often lack the knowledge and resources to comply. Here are ten examples of government business regulations that are particularly important to all company sizes! 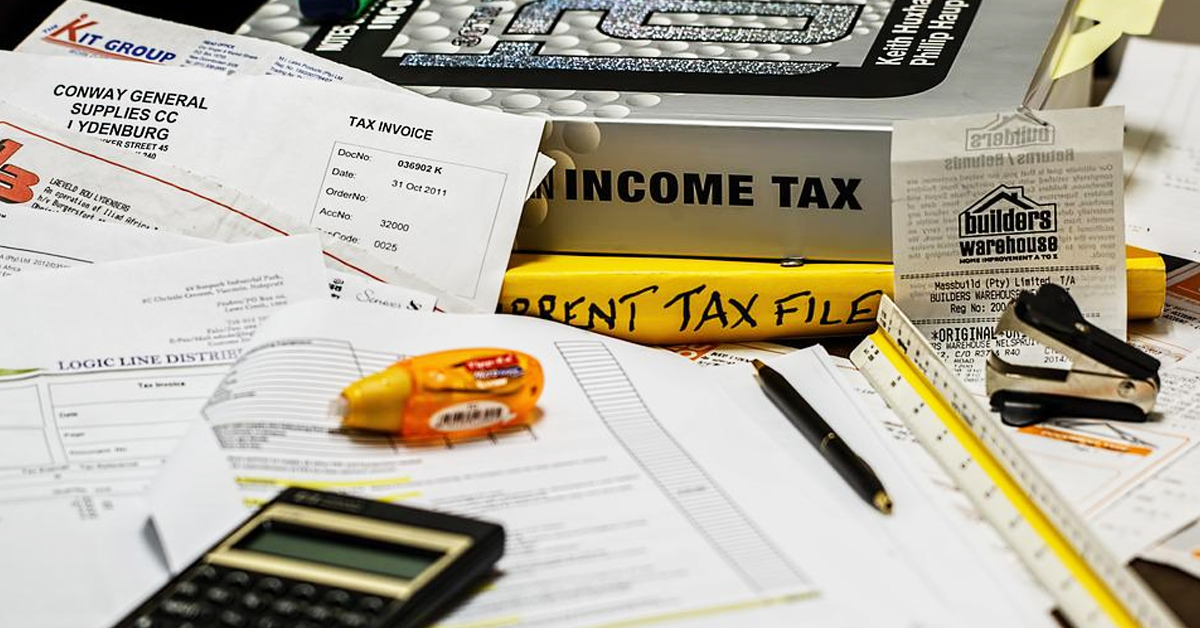 The most important government regulation of business is the tax code. The Internal Revenue Service (IRS) is a part of the Department of Treasury. It is the federal agency responsible for taxpayers and tax collection. The IRS has the power to levy fines, seize assets, and jail violators.

In the fiscal year 2020, it collected over $3.5 trillion worth of taxes and over 240 million tax returns. Most businesses have to register with the IRS as a corporation, limited liability company, or sole proprietorship if it only has one owner to do business with other companies or sell products to consumers.

Companies with employees are entitled to pay employment taxes. These include the following:

Federal unemployment tax (FUTA) – this legislation imposes a payroll tax on businesses with employees. The collected revenue is used to support unemployment benefits. This is equal to 6% of the first $7,000 every employee earns, and earnings beyond the amount are not liable for taxes.

Social Security (SS) – employees with Social Security should pay federal income tax. However, taxes are not paid for more than 85% of their SS benefits if the retirees’ incomes do not exceed $34,000. SS is a part of the self-employment tax.

Medicare – the tax rate for Medicare is 2.9%, where the employees and employees split the cost by 1.45% each. Medicare taxes are not subjected to income limits, unlike SS taxes. Medicare is another part of the self-employment tax.

Federal income taxes are paid by individuals and businesses (except partnerships) based on what they earn in a year and should file an annual income tax return before April 18. Taxpayers report how much money they made from all sources during the previous year, and the IRS then calculates how much they owe.

If there is an overpayment, the IRS will issue a refund in 21 days. Other businesses do not file a separate tax return report; they report it to their shareholders or owners instead.

Businesses selling certain goods and services are subject to excise taxes imposed by the federal, state, or local governments. Excise taxes may be levied on liquor, gasoline, tobacco products, firearms and ammunition, motor fuels, tires, automobiles, and more. While these taxes are imposed on businesses, individuals also pay for them as they pay on top of the purchase price from retail stores.

Antitrust laws prohibit certain business practices to protect customers and competition and avoid boycotts, fixed prices, and monopolies. The Federal Trade Commission (FTC) and the U.S. Department of Justice are the federal agencies working together to:

The following are examples of small business regulations that violate antitrust laws:

Price fixing is an “anti-competitive” practice when two or more businesses agree to set a price for their goods or services through secret meetings, telephone conversations, or written agreements.

The Sherman Antitrust Act of 1890 is the nation’s oldest antitrust law prohibiting monopolies. Monopolization occurs when one company buys all of its competitors or uses other means to gain control over an entire industry or market segment.

For example, if one company buys all grocery stores in a town, it has a monopoly on grocery goods in that area. This practice is illegal under antitrust law because monopolies can limit consumer choice and drive up consumer prices without any incentive to lower them.

This illegal agreement between competitors divides markets, customers, and territories. It’s a scheme that intends to divide groups of customers and determine which products to sell. For example, two competing businesses might agree to get the market for senior citizens while the other dominates the market for children.

Establishing product price decreases for consumers that other businesses can’t implement. The Clayton Act was enacted in 1914 to supplement the Sherman Antitrust Act to prohibit specific business practices that might result in price discrimination, tying arrangements, boycotts, and mergers to lessen competition substantially.

The Fair Labor Standards Act (FLSA) established the minimum wage, overtime pay, and child labor laws affecting part-time and full-time workers in the private sector and the local, state, and federal government. The Department of Labor enforces over 180 labor laws. Also, it has an online FirstStep Employment Law Advisor service to provide information on which major federal employment laws apply to your business.

Covered nonexempt employees are entitled to a minimum hourly wage of not less than $7.25 per hour in 2009 compared to $6.55 per hour in 2008, which also differs for every state. For example, California’s current minimum wage increases to $11 per hour for employers with over 26 employees.

An overtime pay rate of not less than 1.5 times the regular pay rate is required after 40 working hours in a week. FLSA doesn’t require employers to provide their employees with meal breaks or rest periods, although some states require such breaks.

Child labor law is a law that was passed in 1938 to protect employees’ rights of children from exploitation. FLSA requires any person under 18 to be paid at least $4.25 per hour and prohibits the employment of minors under 14 in nonagricultural occupations.

The Occupational Safety and Health Act of 1970’s primary purpose is to provide safe and healthful workplaces for every employee by setting and enforcing standards and providing training, education, and assistance.

There are also specific standards developed under Section 6 of the Occupational Safety and Health Administration statute, which require employers to provide a safe workplace for employees by addressing hazards that endanger their health and safety, especially for industries where employees naturally work in potentially hazardous conditions.

To legally operate a business in the U.S., business owners must obtain certain permits and licenses. These special permissions from local, federal, and state agencies allow you to operate in certain industries or provide certain services. Here’s a list of some typical permits and licenses required by state governments:

These are specific licenses granted to businesses that sell alcohol and tobacco products. Also, companies must renew their sales permits yearly since those products are strictly regulated.

Some states require businesses to register with the state government before legally operating. This may include registering as a corporation or LLC. Business owners can be sole proprietors without registering as one. This requirement aims to ensure all operating businesses within the state are paying their fair share of taxes on income earned from their activity.

Some industries require licensing. Taxi drivers and nurses with special licenses and certifications for professional service providers are examples of these. Government agencies typically issue it, and you can find more information on the SBA website.

Many business laws determine how employers should handle their employees’ payroll. Also, business owners should classify employees whether they are working as independent contractors, full-time, or part-time as defined by federal guidelines.

Companies often hire independent contractors to perform specific tasks and are not considered employees under the Fair Labor Standards Act. The Act sets the minimum wage, overtime, and protection for workers.

These laws do not protect independent contractors, so they don’t always get paid at minimum wage and may not have overtime protection. Instead, they usually receive a 1099 MISC form from employers.

The IRS can levy fines on companies liable for misclassifying employees as independent contractors where employers were found to have unlawfully denied employee wages and benefits that should have been granted based on employer and employee relationship.

Privacy is a significant concern for many businesses. The Privacy Act of 1974 and the Fair Credit Reporting Act (FCRA) are two laws that protect employees’ privacy by regulating the collection and use of information.

The Children’s Online Privacy Protection Act protects children under 13 years of age from having their online activities tracked by websites. Examples of internet-based services covered are social networking apps, connected toys, and network-connected games. COPPA violators may be fined civil penalties of up to $100,000.

The Gramm-Leach-Bliley Act, also known as the Financial Services Modernization Act of 1999 (FSMA), was passed in November 1999 by the 106th U.S. Congress and signed into law by President Bill Clinton. Its provision applies primarily to financial institutions that offer insurance products such as life insurance, annuities, and other similar products to disclose information-sharing practices to their clients and to secure sensitive information.

Environmental regulations are a set of rules designed to protect the environment. They usually govern the disposal of waste and other materials and pollution. These include laws like the Clean Air Act and the Toxic Substances Control Act. EPA provides resources for small business owners to help them better understand the policies that may affect them.

The Environmental Protection Agency (EPA) is responsible for protecting human health conditions and the environment. EPA regulates air and water quality, solid waste disposal, pesticides, radiation exposure, and hazardous substances. EPA works with state and local governments and other agencies within the U.S. federal government, including:

The Federal Trade Commission is responsible for regulating marketing and advertising. It has specific rules about what can and cannot be advertised, including:

The discrimination law prohibits discrimination on race, color, religion, sex, national origin, and other characteristics. It is designed to ensure that everyone has equal access to employment opportunities and public accommodations.

The Equal Employment Opportunity Commission (EEOC) is responsible for enforcing some laws that businesses owners face, including:

Cannabis remains illegal under federal law, but it’s legal in some states. This creates a tricky situation for employers with employees in multiple states. The good news is that most state laws require employers to accommodate medical marijuana use under specified limits.

Here are some things to know about medical marijuana in the workplace: 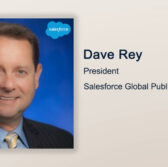