Lockheed Martin, the global aerospace and security giant, is also one of the leading federal defense contractors in the industry. With their longstanding business relationship with defense departments, Lockheed Martin has completed countless projects and programs that fortified the nation’s defenses and boosted the warfighting capabilities of the country.

Who is the Lockheed Martin Rotary and Mission Systems?

The Lockheed Martin Rotary and Mission Systems (RMS) is one of the four business segments of Lockheed Martin. Headquartered in Washington, Lockheed Martin RMS boasts a diverse portfolio of government contract programs in different industries, such as cybersecurity, rotorcraft technology, littoral warfare, and radar systems.

This business segment is made up of more than 35,000 industry experts that cater to civilian, commercial, international, and government customers, like the U.S. Armed Forces.

What does Lockheed Martin RMS do?

Evolving challenges mean more complex problems. And that is why Lockheed Martin RMS is keen on delivering actionable solutions to the world’s most significant issues.

Under the Command, Control, Communications, Computers, Intelligence, Surveillance, and Reconnaissance (C4ISR), the Rotary and Mission Systems experts churn complex data to create creative solutions that target the problem to the core. The C4ISR technologies help its customers gain the advantage, whether their mission is on land, air, the sea and down under it, and space.

People have become increasingly reliant on online technologies now that the world is shifting to digital. However, this massive change has also exposed vulnerabilities that adversaries can exploit. And that is why the need for more robust cybersecurity and cyber resilience technologies has never been more imperative.

The Rotary and Mission Systems is a full-spectrum leader, delivering and developing cutting-edge cyber solutions and cybersecurity technologies to its vast network of global customers. Mostly catering to military departments and governments around the globe, Lockheed Martin protects its customers’ platforms, systems, networks, and data.

Laser weapon systems seem like a concept straight out of a sci-fi movie, right? But, the Lockheed Martin Rotary and Mission Systems is making this next-generation weapon come to life. By harnessing the power of electromagnetic energy, the company was able to develop laser weapon systems, radio technologies, and other directed energy technologies that help its customers in land, air, and sea missions.

To battle society’s evolving challenges, the U.S. and its allies leverage emerging technologies. And that is why Lockheed Martin Rotary and Mission Systems equip its customers for Electronic Warfare—using electromagnetic spectra. Through the use of signals such as radio frequency, infrared, and radar, the U.S. can sense, protect, communicate, and prevent threats from disrupting these signals.

The Lockheed Martin Rotary and Mission Systems is dedicated to innovating the latest Electronic Warfare technologies to assist the U.S. in its defense-critical missions in all spheres: land, sea, air, and cyberspace.

The seas are vast, and gaining dominance over this domain may prove impossible—or not? The Rotary and Mission Systems delivers the latest naval tech solutions, training, and sustainment to keep the U.S. Navy on top of its game.

Lockheed Martin RMS ensures that the U.S. Navy is properly equipped with the latest tech to complete missions, may it be on land, air, sea, and space. The Rotary and Mission Systems empowers warfighters by fusing their expertise in various fields, such as Directed Energy and C4ISR.

The best countermeasure to any evolving adversaries is to be prepared. And being prepared means having the capability to detect, identify, and mitigate threats in all spheres: ground, sea, and air. And Lockheed Martin’s cutting-edge radar and electro-optical/infrared sensor systems are engineered to do just that.

Sikorsky Aircraft, a Lockheed Martin Company, is among the pioneers of helicopter manufacturers for civilian and military use. And now, the aircraft fleet that Sikorsky engineered is one of America’s cornerstones for aerial defense and offense.

The Black Hawk, Sikorsky Aircraft’s pride and joy, is the Army’s primary medium-lift utility helicopter. Packed with speed and the latest flight technologies, the Black Hawk is a true aerial beast that excels in Multi-Domain Operations.

The people behind every operation are the backbone of every success. Empowering them means elevating the system, which is why Lockheed Martin designs scalable, flexible, and curated training and logistics systems through augmented, virtual, and mixed reality.

The Rotary and Mission Systems segment specializes in creating customized tools and systems to address their customers’ different goals. They don’t believe in using cookie-cutter training programs—they devise specialized systems with the end goal in mind.

For missions in harsh and dangerous environments, Lockheed Martin’s unmanned systems come into play. Its tactical integration between man and science helps establish an innovative and resilient multi-domain network.

Through the power of Artificial Intelligence (AI), the risk of casualties is lowered, and the mission success rate is even higher. Lockheed Martin’s autonomous systems help warfighters in the land, sea, and air to identify and mitigate direct threats. And, the advanced computing power of AI helps key decision-makers make more informed decisions.

What are the government contracts awarded to Lockheed Martin Rotary and Mission Systems?

As one of the industry’s top federal defense contractors, it is no surprise that there are countless contract wins under their belt—and here are some of them.

Sikorsky Aircraft won a $4.4 billion contract from the U.S. Army to build and deliver 255 units of H-60M Black Hawk helicopters. Under this multi-year federal contract, Sikorsky will manufacture 120 units of these assault utility choppers—with the provision of providing additional 135 aircraft should the federal agency request for it.

The U.S. Navy awarded this multimillion-dollar contract to the Rotary and Mission Systems unit to perform in-service lifetime support for Aegis units, including its weaponry, equipment, and computer programs. The target Aegis units under this government contract are those used by Australia, Canada, Japan, Spain, South Korea, and Norway.

As one of the leading naval and undersea warfare technology specialists, Lockheed Martin was selected by the federal government to design surface ship undersea warfare systems for the U.S. Navy and Japan.

The AN/SQQ-89A(V)15 USW systems that the Lockheed Martin business unit specialize in search, detection, classification, and tracking of undersea contacts. 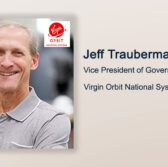