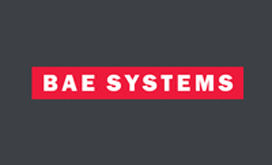 BAE Systems has received a $76 million contract modification from the U.S. Navy to develop additional vertical launch system (VLS) canisters. The award raised the contract value to $306 million and requires BAE to produce canisters for the Mk 13, Mk 14, Mk 25, Mk 29 and other hardware for the service branch, the company said Tuesday. The canisters are a critical component for storing, transporting and firing offensive and defensive missiles on the Navy’s guided-missile cruisers and destroyers.