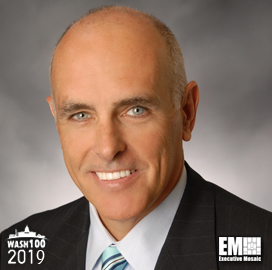 Raytheon and Red Hat have partnered to build a DevSecOps application designed to facilitate software development at an unclassified level and accelerate deployment of tools in a classified environment.

The app is designed to run on various operating systems, on-premises, virtual machines and in the cloud, Raytheon said Monday.

The collaboration relies on Red Hat’s OpenShift open source container application platform, which is based on the firm’s Enterprise Linux operating system and seeks to help developers identify and address security vulnerabilities through the DevSecOps process.

Paul Smith, senior vice president and general manager of public sector at Red Hat and a 2019 Wash100 award recipient, said selecting a container platform is vital to companies’ software development efforts. “The container is today’s modern-day warfare,” he said. “You don’t want to be locked into platform that creates silos.

Smith also cited the growth of the company’s partnership with Raytheon. “It’s a very significant partnership, and we see it growing over the next year. Raytheon has the mission knowledge.”