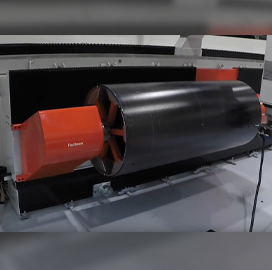 Rocket Lab has built an industrial robotic platform that works to speed up the production of carbon composite parts for the Electron rocket, Space News reported Wednesday.

Rosie is a 1.5K-square-foot manufacturing platform built to yield rocket components within 12 hours, including payload fairings and kick stages.

“It takes every carbon composite component from Electron and effectively processes all of those components so they’re ready for final assembly,” said Peter Beck, chief executive at Rocket Lab.

The company built the platform in Italy and New Zealand and is intended to support the recovery and reuse of the Electron rocket’s first stages as part of a two-phase reusability approach after it has been launched. The rocket’s two-week launch window will start on Nov. 25.