A joint venture between Boeing and Textron's Bell subsidiary has handed over to the U.S. Marine Corps a customized variant of the MV-22 Osprey tiltrotor aircraft.

The Block C configuration is a part of the service branch's efforts to update Block B Osprey variants through the Common Configuration – Readiness and Modernization program, Boeing said Tuesday.

USMC fielded the modified aircraft in 2005 as a Block B variant before sending it to Boeing's facility in Philadelphia for the Block C update in 2018. The company noted the Block C variant will enable USMC to augment the reliability and readiness of its Osprey fleet.

“Through a shared focus on safety and quality, the Bell Boeing team is delivering modernized MV-22 aircraft that are ready to serve our dedicated servicemen and women who rely on this essential aviation resource,“ said Kristin Houston, vice president of tiltrotor programs at Boeing and director of Bell-Boeing Joint Project Office's V22 program. 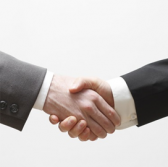 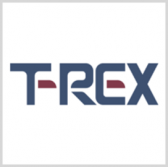