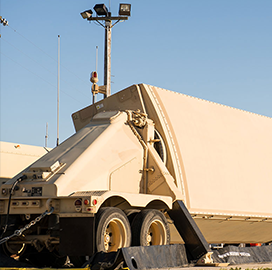 Teledyne Brown Engineering it will produce the CEUs at a facility in Hunstville, Ala., to support the Army Navy/Transportable Radar Surveillance platform – also known as AN/TPY-2 — the company said Thursday.

The mobile radar is designed to support the fire control and communications functions of the Terminal High Altitude Area Defense system and other weapons manufactured by Lockheed Martin.

According to Teledyne, CEUs distribute power to the AN/TPY-2 system via a transportable shelter and cool antenna equipment units through a water cooling process.