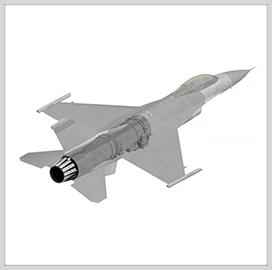 Pratt & Whitney, a business unit of Raytheon Technologies, has recorded more than 24M flight hours for the F100.

"We are excited to strengthen our global distribution network by partnering with Derco and working together to ensure the mission readiness of more than 2,000 F100-PW-220 and -229 engines that power aircrafts flown by 23 nations around the world," said Kelly Young, F100 senior director at Pratt & Whitney.