Firefly Aerospace has raised $75 million in a round of Series A financing led by DADA Holdings and $100 million through a secondary transaction that includes the sale of holdings owned by its major investor Noosphere Ventures, TechCrunch reported Tuesday.

Astera Institute, Canon Ball and other investors participated in the Series A round, which gives Firefly a valuation of more than $1 billion.

The financing comes as Firefly prepares for a maiden flight of its Alpha rocket in June. In February, the Texas-based launch services startup received a contract from General Atomics to launch a satellite carrying NASA’s Multi-Angle Imager for Aerosols instrument.

Firefly said it plans to raise another $300 million in funds later this year. 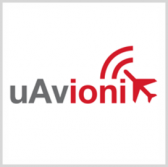