A Research and Markets report predicts the market for digital twin-supported platforms in smart cities to reach $4.8 billion in the next five years.

The market research company said Thursday digital twinning will be available in up to 93 percent of internet of things-based platforms by 2027 and will become a standard functionality to enable IoT applications over the next six years.

According to the report, at least 95 percent of vendors acknowledge the need for industrial IoT application programming interfaces and integration with digital twinning capability for industrial verticals.

Research and Markets surveyed executives across a wide range of industry verticals and found that more than 42 percent of them know the benefits of digital twins. Nearly 60 percent of the respondents said they intend to integrate digital twinning into their operations by 2028.

The report noted that digital twinning will play a key role in IoT application development, control, testing and other IoT processes. It also cited potential use cases of digital twinning as well as leading digital twin platforms, including asset twinning, process and workflow twinning and component twinning.

Join ExecutiveBiz for its Digital Twins Forum on April 14 to hear more about the potential applications of digital twin technology in the defense and aerospace sectors. 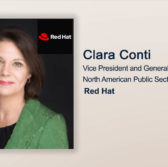