A Boeing-led industry team will look into future concepts of air surveillance, command and control under a risk reduction and feasibility study contract from the NATO Support and Procurement Agency.

The ABILITI team was tasked to provide technical concepts that could support the development of a replacement for NATO’s retiring E-3 Airborne Warning And Control System aircraft, Boeing said Thursday.

According to Kim Stollar, Boeing’s managing director for EU and NATO government affairs, team members will use their aerospace and engineering expertise to contribute building blocks for satisfying the alliance’s future surveillance, command and control needs.

The contract follows ABILITI’s completion of its AFSC High-Level Technical Concept as part of a NATO effort to prepare for the retirement of its AWACS fleet in 2035. 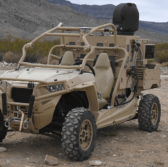 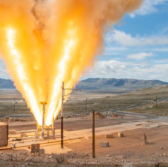